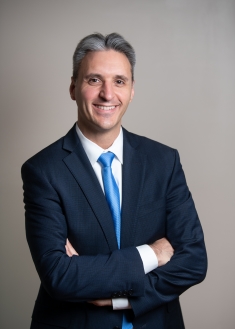 Basileios ("Bill") J. Foutris has been remarkably successful in achieving justice for his clients. Bill has obtained millions of dollars in compensation for victims of police misconduct, has won numerous civil rights trials in both federal and state court, and has negotiated numerous significant settlements for victims of police abuse. He has also won lawsuits that other lawyers were afraid to take, including proving cases in court when it's his client's word against the cops' word with no other witnesses.

Since founding Foutris Law Office, Ltd., Bill's practice has been devoted to representing victims of police misconduct. As a civil rights lawyer, he has been involved in hundreds of cases involving wrongful death, police shootings, police brutality, illegal searches, false arrest, coerced confessions, malicious prosecution and other police misconduct. In addition, as an attorney representing victims of police misconduct, Bill has provided instruction as a speaker to other attorneys in legal education seminars, including presentations in effective cross-examination and in how to prosecute a civil rights lawsuit.

Bill's commitment to his clients has not gone unnoticed. Most of his former clients keep in touch to let him know how they are doing. Similarly, many lawyers that have defended lawsuits against Bill have referred cases to him – which speaks to their belief in his abilities.

Bill's knowledge of civil rights law has also been recognized in court. For instance, in a written opinion, a federal judge in Chicago described Bill as "well informed" and "knowledgeable".